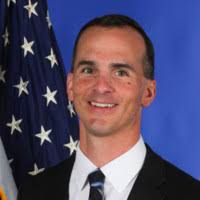 Join RNLA'S North Carolina Chapter for a lawyers reception this fall. This is a great opportunity to network with fellow Republican lawyers, elected officials, and candidates as we hear from the Republican Party's top attorney, Justin Riemer, who is leading the fight to protect election integrity nationwide.

Justin Riemer is Chief Counsel to the Republican National Committee and has extensive experience in election law and administration. Justin returns to the RNC, where he was Deputy Chief Counsel during the 2016 election cycle, after an appointment as Deputy General Counsel for Postsecondary Education at the Department of Education under Secretary Betsy DeVos.

His other previous positions include serving as the Deputy Secretary of the Virginia State Board of Elections (SBE) and as Counsel to the U.S. Senate Committee on Rules and Administration. At SBE, he helped lead several improvements to Virginia elections including upgrades to the state’s voter registration processes and the passage and implementation of a photo ID law. Justin also helped implement Virginia’s 2011 redistricting, administer the 2012 presidential election, and referee a 2013 statewide Attorney General recount. At Senate Rules, Justin led efforts to rewrite the Senate rules for the use of technology and social media platforms and counseled on issues related to federal election legislation. He also served as Deputy Director for the RNLA and Associate Counsel for John McCain’s 2008 Presidential Campaign.

Justin has written and spoken extensively on election law matters, including testifying before the Senate Rules Committee on the use of data in elections.

He received a B.A. in History and Religion from Gettysburg College and a J.D. from the University of Baltimore School of Law. Justin is admitted to practice law in Maryland, the District of Columbia, and Virginia (inactive status).