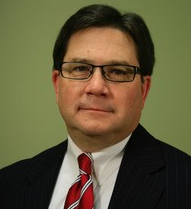 Join RNLA'S North Carolina Chapter for a lawyers reception this summer. This is a great opportunity to network with fellow Republican lawyers, elected officials, and candidates as we hear from our state's most influential attorneys who are leading the fight to protect election integrity in North Carolina.

RNLA is applying for 0.5 hour of CLE credit with the North Carolina State Bar.

Phil is a partner at Nelson Mullins Riley & Scarborough LLP and regularly represents management in labor/employment law and related matters. He advises clients on covenants not to compete and litigates claims involving restrictive covenants, trade secrets, and other business-related litigation. Phil also regularly defends management and employers in employment discrimination cases and counsels management on how to prevent or reduce the risk of these lawsuits.

Mr. Knight has over 26 years legal experience has been the Owner and President of Roger Knight Law since 2010. His law practice focuses primarily on election law and campaign finance, non-profit organizations and community associations, legislative and government ethics and municipal law. Mr. Knight is a frequent speaker or presenter at programs on election law, campaign finance, independent expenditures and legislative ethics. He has represented elected individuals and political organizations before courts, the State Board of Elections and the State Ethics Commission. Mr. Knight has served as campaign counsel to various campaign committees. He is admitted to practice before all North Carolina Courts as well as the Eastern and Middle Districts of North Carolina and the 4th Circuit Court of Appeals. Mr. Knight is “AV” rated by Martindale-Hubbell.

John is a partner in the Raleigh office of Nelson Mullins. His practice focuses on complex business, employment, constitutional, and political law, where he has represented clients in all types of cases in front of federal and state courts in North Carolina and other states. John was General Counsel to NCGOP from 2009 to 2012, and has represented clients in pre-election matters, EDO operations, and post-election issues since 2008. His clients have included various state legislative candidates and members, Council of State candidates, Congressional Members, Senators, and multiple Presidential campaigns.