As voters headed to the polls to cast their ballots in state and local elections around the country today, it was a fairly quiet news day.  That is a good thing for election integrity and election administration; it generally means there were no major mistakes or attempts at fraud. 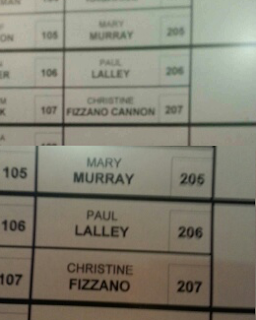 Ms. Fizzano Cannon is a Republican female attorney running statewide for the Pennsylvania Commonwealth Court, an intermediate state appellate court.  Two Republicans and two Democrats were running for the two open seats on the court.

RNLA Pennsylvania Southeastern Chapter Chair Linda Kerns and her team was in court litigating this issue for hours today, but unfortunately this is not the type of error that can be fixed on Election Day.  This shows the importance of election officials' preparation work in checking and re-checking the ballot, voting machines, and other implements of the election to ensure that errors do not confuse the voters or affect any voters' opportunity to vote for the candidate of their choice.