The Republican National Lawyers Association is pleased to honor Dick Wiley with the 2015 Ed Meese award. Wiley was selected for the Ed Meese Award, named after the 65th United States Attorney General, as he has upheld the rule of law in the face of adverse political challenges. The press release with biographical information may be found here. 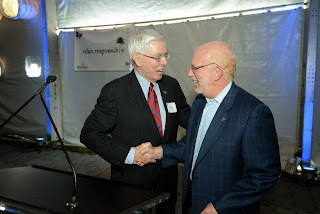 Above is RNLA Board of Governors Member Dick Wiley (left) with 2012 Romney General Counsel Ben Ginsberg.