Posted by Republican National Lawyers Association (RNLA) 17sc on May 18, 2022

The Republican National Lawyers Association is sad to report the passing of our former Chair, Board Member, and 2016 Republican Lawyer of the Year, John Ryder. RNLA's leadership and friends paid tribute to the many contributions John made as a Republican lawyer. 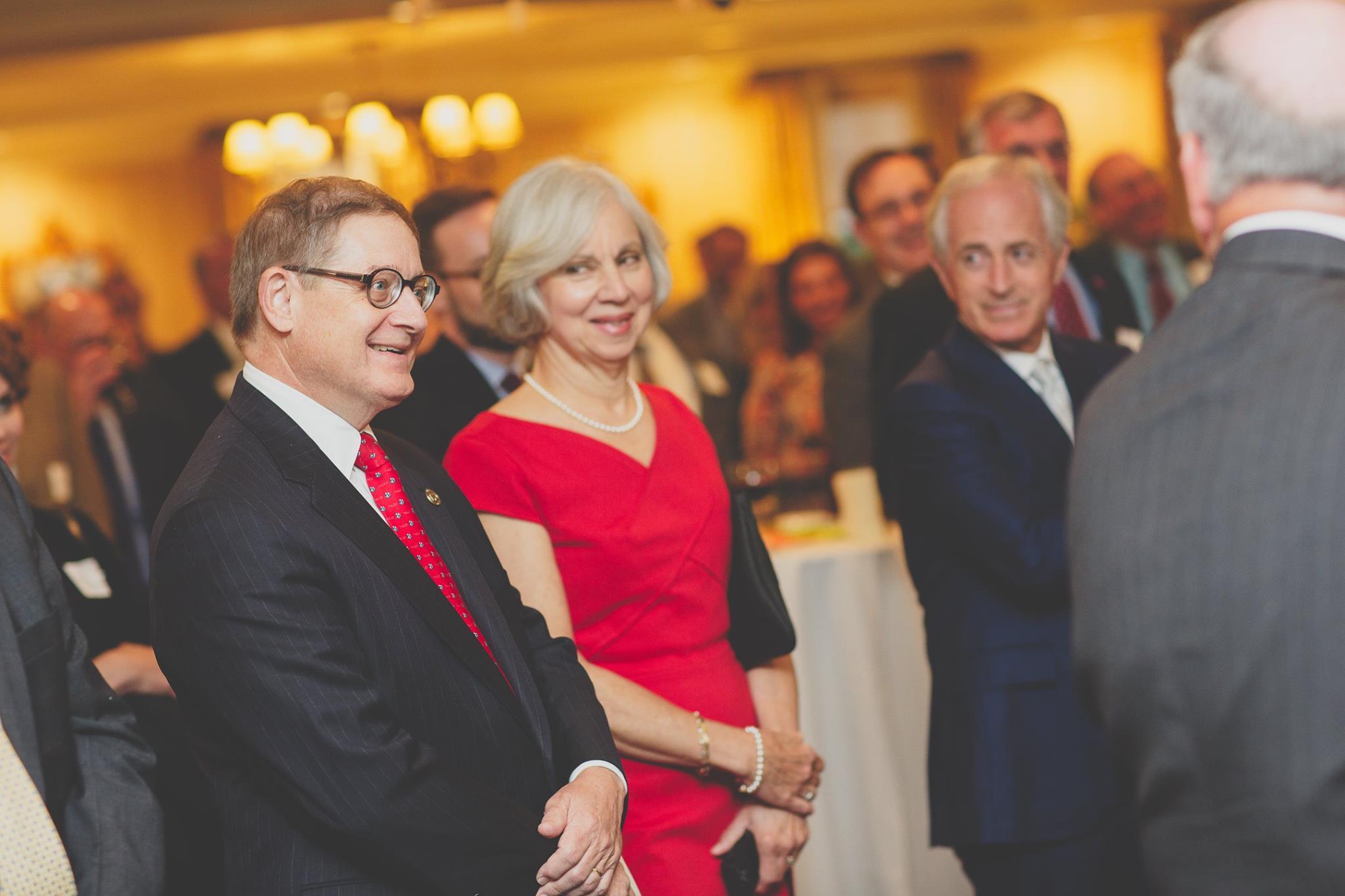 RNLA Chair Harmeet Dhillon: “I’m very sad to hear of the death of my friend John Ryder, stalwart of ⁦the RNLA, RNC, and served as RNC general counsel. A true gentleman & mentor to me and many. May he Rest In Peace.”

RNLA President David Bowsher: "I join with many others to mourn the passing of my friend John Ryder. We are all better off for his service to our Nation, to Tennessee, to the Republican Party, and to the Republican National Lawyers Association. I will miss his wit and wisdom, and I extend my deepest condolences to his family."

RNLA Co-Chair Mark Braden: "John Ryder was an outstanding lawyer and a true gentleman - a fierce advocate for his clients, but always with professional curtesy and grace. I, like many others, will miss his professional guidance and great friendship. Our party, Tennessee and our country have lost a thoughtful legal voice."

RNLA Executive Director Michael Thielen: "The Wall Street Journal editorial page selected John as the example of Senate Democrats' unprecedented and deeply partisan obstruction toward all manner of nominees during the Trump administration because John was widely known as one of the foremost gentlemen in politics. John was always calm, wise, and even pleasant during the worst political storms. We will all miss his smile, wisdom and counsel."

RNLA Board Member Joanne Young: "John Ryder was a friend and mentor and a highly regarded lawyer, political leader and family man. He was always gracious, generous with his insight, and supportive of others’ efforts. I recall seeing him get a standing ovation by the RNC for his long-time efforts as their General Counsel. I felt lucky to know him and call him a friend. He will be missed by many."

Former RNLA Chair David Norcross: "John was in many ways an unsung Republican hero. His party efforts and involvement were well known. Many, however, never realized his very significant "behind the scenes" contributions to the party and to his state and his country. John was an important and active contributor to non-party organizations defending the Electoral College. His assistance in that effort was major. His legal and political background coupled with his ability to identify and articulate the most salient issues involved in that constitutionally important were invaluable. He also quietly spent a great deal of time and effort on all aspects redistricting becoming a recognized national expert on the law and politics of that vexing problem. To say his leadership will be missed is a world class understatement. He and his wife Lain were also dear friends to Laurie and me. RIP Brother." 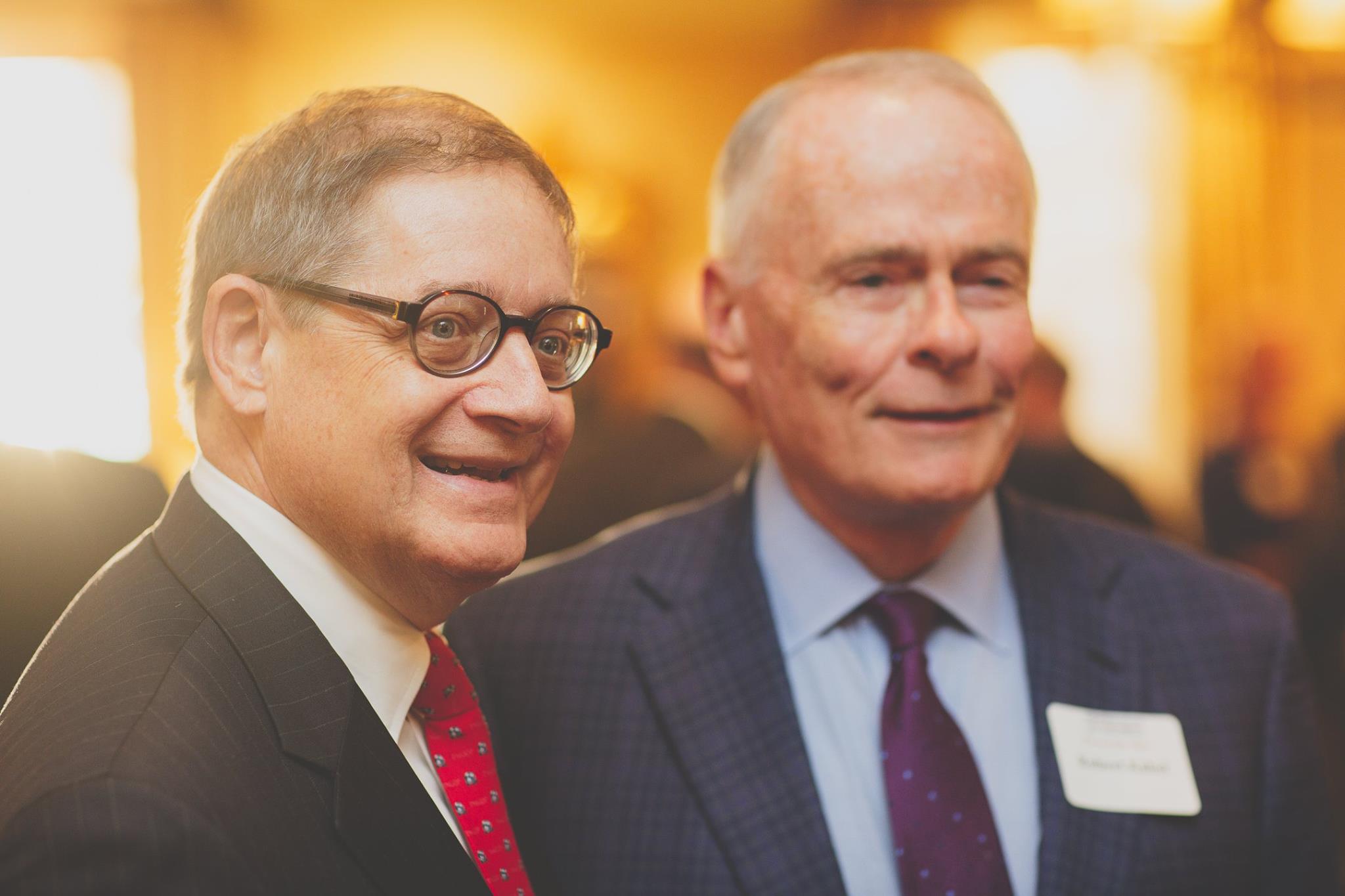 RNC Outside Counsel Justin Riemer: “John Ryder was a true party stalwart in the best possible sense. He was an engaged and active RNC General Counsel, a scholar of the RNC Rules and its history, and a mentor to many aspiring Republican attorneys, including me. John volunteered countless hours working for the RNC and on behalf of Republican causes, especially on redistricting issues. John was a giant in the Republican legal community and we will all miss him dearly.”

Former RNLA President Elliot Berke: “John Ryder was the consummate Southern gentleman and a credit to the bar. He will be greatly missed.”

YR Alumni Chair Terry Campo: “John Ryder was not only a great lawyer, but a top political strategist for two generations of Tennessee Republicans and two decades in Young Republican’s internal politics—culminating in the election of Reince Priebus as RNC Chair in 2009.  But beneath the sober intellect lay a man with a wicked sense of humor and a deep sense of loyalty to his friends.”

Former RNLA Chair and Ambassador Randy Evans: "John was a great friend to our country, the RNLA and me. He came to Luxembourg and we had such a wonderful time. His grace and humility concealed his brilliance and talent. He was truly one of a kind."

Former RNLA Chair Kimberly Reed: “I first met John Ryder twenty-five years ago when I was the Republican Nation Committee (RNC) Counsel’s Office law clerk and John, a Memphis lawyer with a beard at the time, regularly would fly up to D.C. to focus on what he loved—the Republican Party and redistricting issues. Over the years, we became great friends. John was a true southern gentleman. He loved history, fine wine and restaurants, theatre, travel, and, of course, all facets about the GOP. He proudly displayed the Rules from every single Republican National Convention in his law office. John, an gifted orator, always would find the right words no mater what the situation and spontaneously quote Shakespeare at length. We had the honor of serving as back-to-back Chairs of the Republican National Lawyers Association, attending each other’s Senate confirmation hearings, and supporting each other through that very long process. He was ethical and courageous, especially when it came to battling cancer. The most fun I ever had with John was when he, as RNC General Counsel, asked me to be the Whip at the 2016 Republican National Convention Rules Committee Meeting. John was in his element and thrived during contentious political moments. To quote Shakespeare, ‘This day I breathed first: time is come round, And where I did begin there shall I end; My life is run his compass.’ The world is a much better place because of John Ryder. I will forever miss talking to and enjoying wonderful dinners with one of my closest friends. Rest in peace, dear John, and my prayers go to your beloved Lain and family.”

Former RNLA President Harvey Tettlebaum: “With the passing of John Ryder, not only RNLA and the RNC, but the entire legal community of conservative attorneys has lost a lion, who provided incredible leadership, sage advice and friendship to the many of us who were fortunate to know and work with him. His all too early passing leaves a void which will be hard to fill. Our deepest sympathies to his wife Lain and his family.” 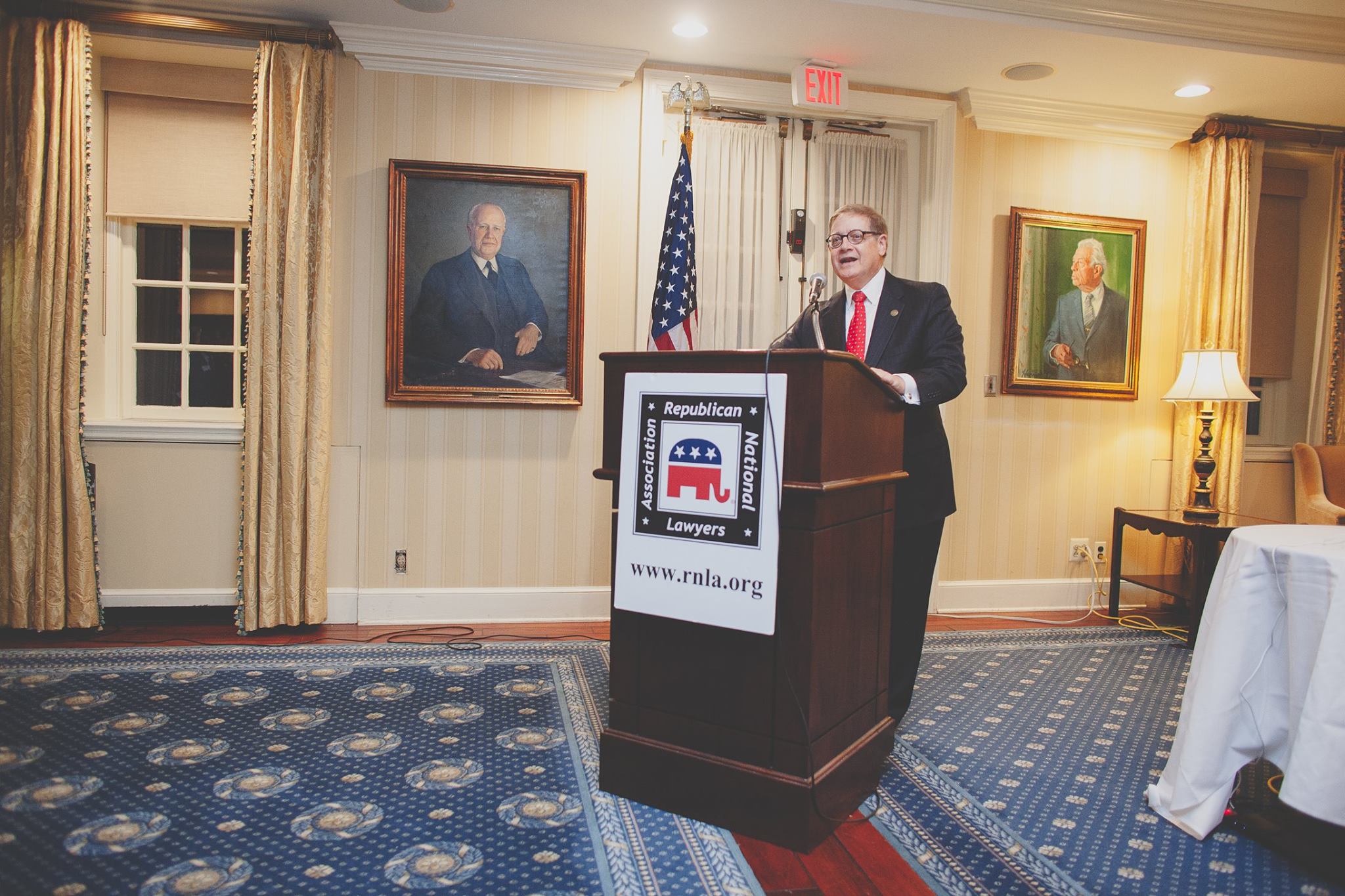 Former RNLA President Cleta Mitchell: "How sad to learn that my dear friend John Ryder has passed away. A true southern gentleman, possessed with a quick wit that matched his serious legal mind…and a spine of steel.

While I was acquainted with John for a number of years, it was 2009 when John became a dear friend and ultimately became practically a member of my extended family. In August 2009, I was headed to the annual RNLA Annual Election Law Seminar at the Reagan Library in Simi Valley CA. The night before I left, my then-24 year old daughter Margaret called me from Dallas where she was living and working to tell me she was being transferred to Melbourne Australia. I was fairly shaken by the news as I headed to the RNLA meeting. The next night, per the RNLA standard practice, attendees broke into small groups for dinner. I happened to be in a car with John, so I started asking him about his family. He talked about his wife and children, and then, to my utter amazement, he said “….and I have a 24 year old daughter who lives in Melbourne, Australia…”. It was a pivotal moment. I told him my 24-year old daughter had just informed me a day earlier that she was moving to Melbourne. “Give me her contact information. I will have Nancy Kate get in touch with her”. And, indeed, Nancy Kate Ryder welcomed Margaret upon her arrival in Melbourne two months later, and they became fast friends, including cohosting an American Thanksgiving feast that fall.

Fast forward to January 2010. It was Saturday. My daughter was working and Nancy Kate called late in the day to say “it is Saturday night. Xavier (NK’s boyfriend - now husband) is out of town. Let’s go out…” So out they went - and sometime in the wee hours of that Saturday night, two young Australian men came into the pub where our two American daughters were having a night out… and proceeded to get acquainted. Before the night was over, one of the young men asked for Margaret’s phone number. He is now my son-in-law and father to my first grandbaby.

I always credited John as being responsible for bringing them together.

There is so much more that I could share.

I will remember John’s warmth and kindness and his utter delight in his family, especially his grandchildren, and his adoration of his wife, Lain.

John was a fount of knowledge about Redistricting and election law and he was generous about helping to educate others, lawyers and non-lawyers alike. He was always willing to take calls, to answer questions and to help a colleague no matter how rudimentary (stupid) the question might be.

Well done, good and faithful servant, John Ryder. We will miss you terribly."

Hans von Spakovsky, Senior Legal Fellow at The Heritage Foundation's Meese Center for Legal and Judicial Studies: "I met John more than 20 years ago when I first came to Washington. He was not only a brilliant and successful lawyer, but he was an activist who helped push the GOP in Tennessee and nationally to do the things it should be doing. He loved this country and was a great patriot who wanted to ensure that the freedoms and liberty we enjoy endure – and he spent his life working to do that, including as an election official in Memphis.

John Ryder will truly be missed. But for all of us who are working in the fields and vineyards to protect the country that we love, he will continue to be an inspiration."

We will miss John greatly and send our condolences to his wife, Lain, and the rest of his family. 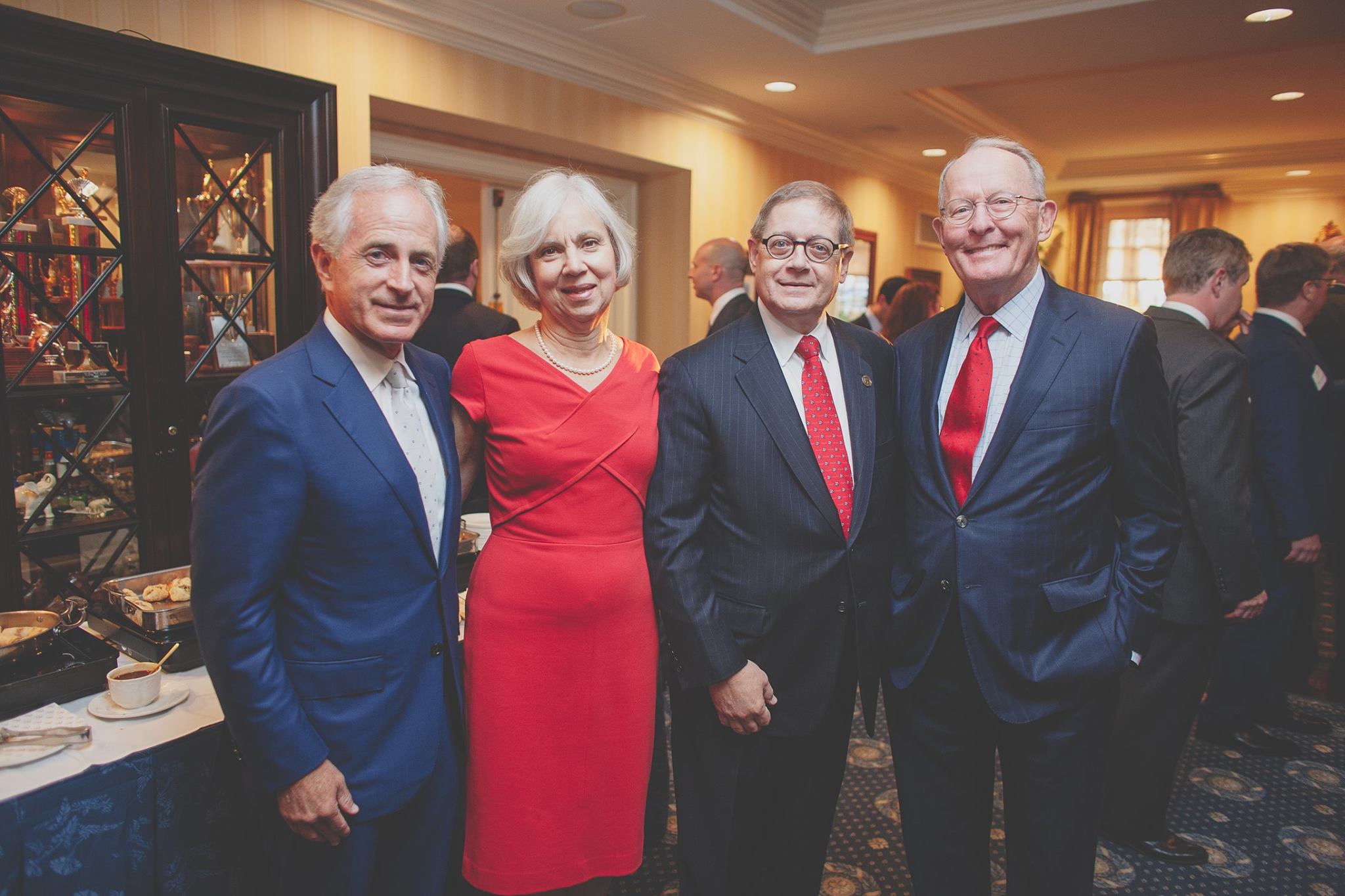 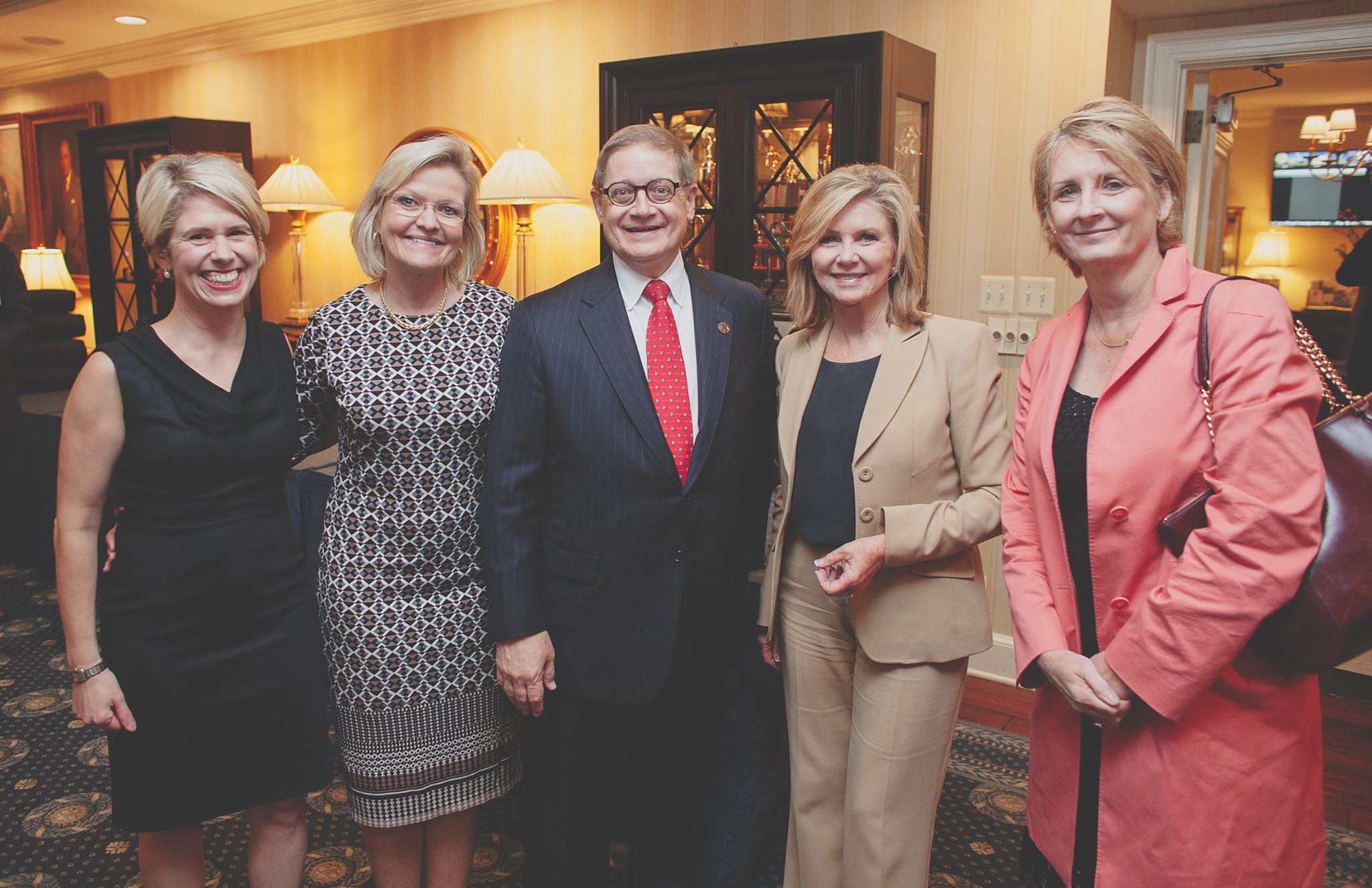 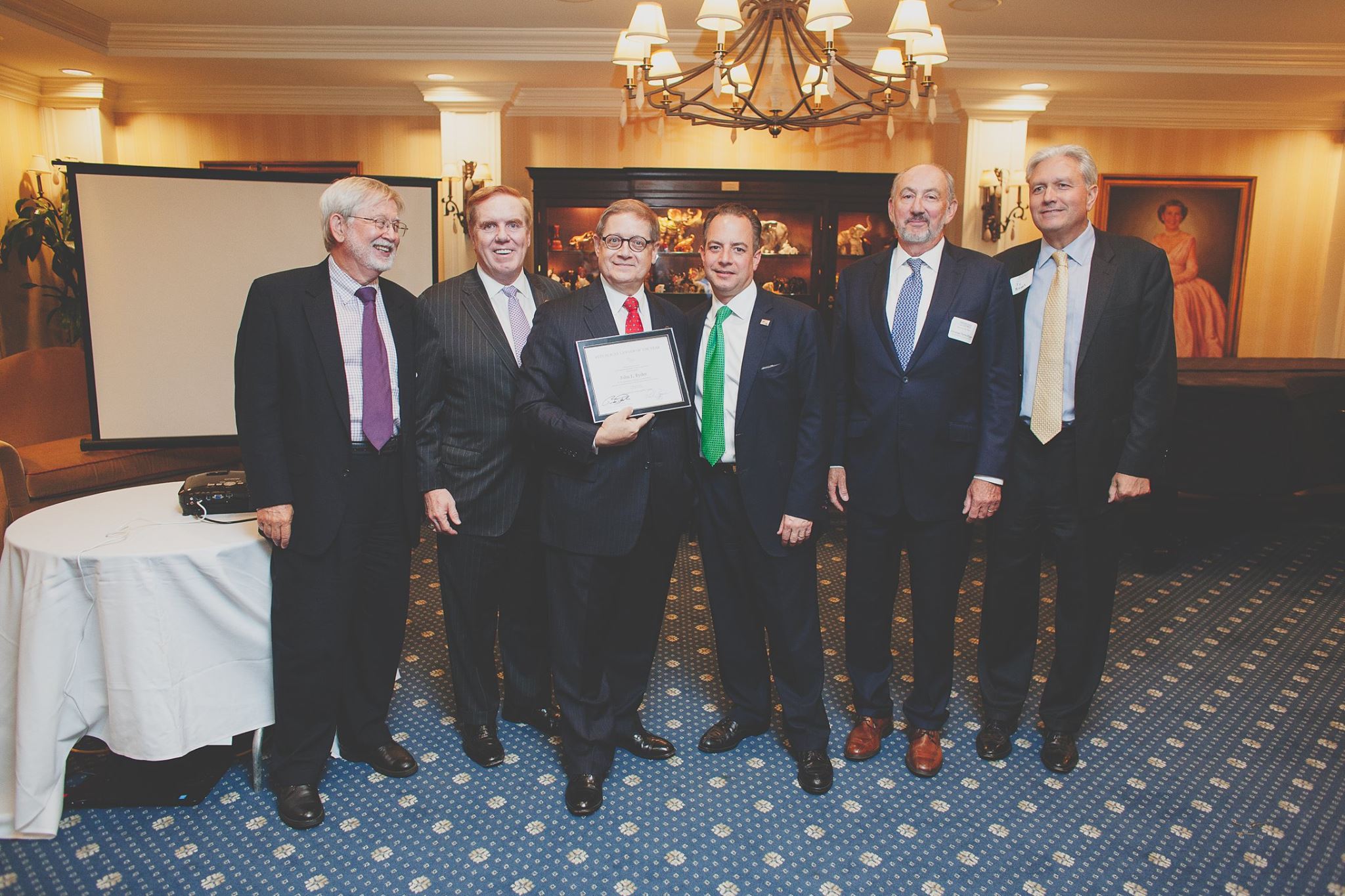 In a rare Friday decision announcement, the Supreme Court issued its long-awaited opinion in Dobbs v. Jackson, the most anticipated case of the term, holding that “[t]he Constitution does...