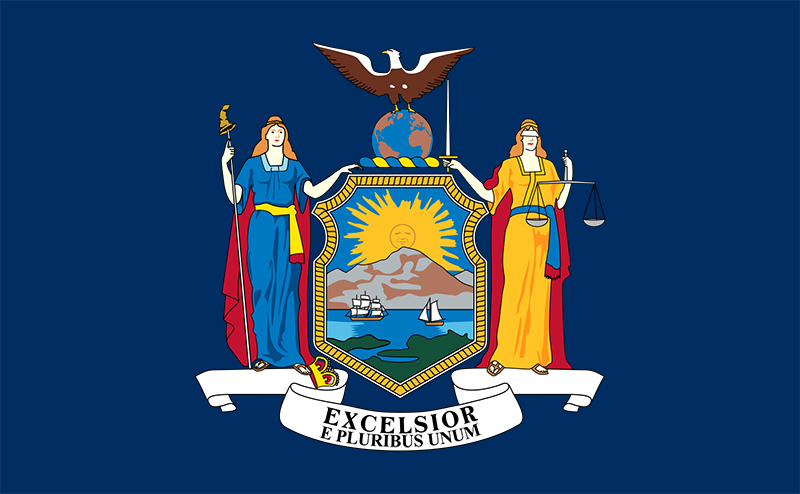 The Republican National Lawyers Association is hosting an exclusive, virtual election law CLE course for attorneys in New York. This training will cover changes to ballot access law in New York and recent court decisions impacting the process of candidates getting onto the ballot in New York.

Virtual Zoom Training
Link will be provided to registrants.

- There is no charge to attend this training.

- RNLA has applied for 1.0 CLE credit for this training with the Pennsylvania CLE Board. Pennsylvania is a Group "B" reciprocal jurisdiction with the state of New York.

After law school, Joe served on the staff of New York State Senator John A. DeFrancisco (R-Syracuse) for almost four years. While working for Sen. DeFrancisco, Joe was involved in drafting and negotiating a number of bills that were eventually signed into law.

In 2009, Joe became the Deputy Director of Election Operations at the New York State Board of Elections. During his time working at the NYSBOE, Joe was involved in the oversight of the County Boards of Elections as well as New York State’s historic transition to optical scan voting machines.

Since leaving the NYSBOE in 2015, Joe has represented a number of candidates and party committees in Election Law proceedings in courts throughout New York State. Joe has resided in the Buffalo, New York suburb of Amherst since 2015.

A Harvard Law School graduate with four decades of experience handling sophisticated litigation, Phil is a powerful advocate for businesses as well as individuals in resolving critically important disputes. Phil’s long-standing leadership extends beyond the courtroom to key roles in influential bar associations, state and local politics, and community organizations.

Selected to the list of New York Super Lawyers for five consecutive years, he has extensive background with a wide variety of litigation. He developed strong foundational skills at two of the country’s largest law firms – Cravath, Swaine & Moore and Weil Gotshal & Manges – and has a strong track record handling a diverse array of jury and bench trials as well as appeals in state and federal courts.

In addition to being admitted to practice law in the State of New York, Kevin is a Certified Public Accountant in New York; a Solicitor entered on the Roll of Solicitors of the Superior Courts of England & Wales; a Certified Anti-Money Laundering Specialist; and a Licensed Real Estate Broker. He holds a BBA in Accounting from the City University of New York-Baruch College, a B.A. in Political Science from the City University of New York-Queens College, and a J.D. from Fordham University School of Law.

Private Event. RNLA has the right to revoke any registration at any time for any reason including, but not limited to, any security, disruption, and/or event size capacity issue.