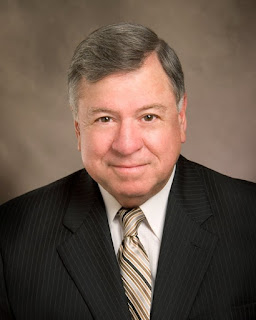 1. Aside from being a lawyer, please tell us a bit about your background in the area of intelligence and national security.

My interest began as an intern and aide to Florida Congressman Charlie Bennett (D. Jax Fla). I worked for him in Washington and then in Florida during his campaign for the Senate. He was the Vice-Chairman of the House Armed Services Committee and assigned me to work on Military issues. He was also on the House Intel Committee and a WWII hero. When I started practicing law, I became counsel to and then Trustee of a Trust for Russian citizens. My job was to distribute money behind the Iron Curtain to these beneficiaries and insure that they, not the government, were getting the money. This went on for quite some time and I worked occasionally through the State Department and with the official state-owned Russian law firm to get them these periodic payments, which were substantial to them.  I was introduced to Ted Shackley, who was the Associate Director of Operations of the CIA and had been stationed in Miami, as head of the CIA operation known as "JM WAVE".  It was the largest operation outside of Langley HQ and employed over 1500 employees, many of whom were Cubans who worked undercover and many of whom are prominent citizens today--who have never revealed their covers.  The University of Miami was the cover for JM WAVE and the HQ was at the South Campus. Several adjunct professors were actually CIA Officers. Shackley became head of CIA in Laos and other locations and became quite famous. He is somewhat infamously depicted in an unauthorized book "The Blond Ghost" and in his own book, "Spy Master", published after his death.

Early in my law career, I was introduced to many notable "Spy Masters", became a Life Member of the Association of Former Intelligence Officers, received their highest award for contributions to the Intel Community, and was recruited by John Sears (former head of the RNC) to take on some cases at the request of Reagan DCI Casey. I was asked to represent General Richard Secord, CIA officer Thomas Clines, General John K. Singlaub, and members of the Nicaraguan Opposition Army (the "Contras") and others. I continued to take on cases and sensitive matters relating to intelligence officers. After 9/11, I was asked to volunteer for the Coast Guard to help organize a test program called "Operation On Guard" (like a waterway neighborhood watch). It was an intelligence program to train captains to watch for terrorism suspects.  The Coast Guard then took it nationwide and we received a Commendation from the Commandant. My law partners never knew what I was doing, but it was fun to make them salute me in uniform.  Intel officers in the Clandestine Service are generally left out in the cold when they retire and need help sometimes with the "afterglow" of their careers.

Such was the case for Ted Shackley, when a left wing group called the Christic Institute launched a well-financed lawsuit aided by Hillary Clinton in Miami Federal Court. There were 23 defendants, almost all of whom were former CIA officers. We won the case and Cert. was denied in the Supreme Court. We won $1.2 Million in Sanctions and put the group out of business. I have since acted as private counsel, in with CIA on occasion, when officers need help. Currently I am handling Italy v. Robert Seldon Lady, an officer who retired after an extraordinary rendition in Italy of an Egyptian jihadist. He was convicted in absentia and I requested a pardon by the President of Italy. It is a widely reported matter on the internet and is an example of the tragedy that can follow an officer after a life of secret service to our nation.  It is fundamentally unfair and I have fought to have officers like Bob made whole in recognition of their contribution at the point of the spear. Sometimes I have actually been successful. But memories fade quickly as we move away from 9/11.

2. What kinds of threats are the U.S. and U.S. companies currently facing?

Because our systems are so interrelated, and our grids so interdependent, huge attacks can put us back into the 4th Century.  The Intel Community believes that systems have been placed into our cybersystems by China, Russia and Iran which will lie in wait for tactical time to strike. It is not a secret that these fears are a high priority and an effort is underway to seek them out. The USA is being attacked hourly by various groups of hackers, some state-sponsored-- who are retrieving identities, social security numbers, credit card data, etc. at a furious pace. USA companies are therefore facing exposure from our enemies, gangs of hackers, lawyers suing them for negligence in the maintenance of defensive systems, and the US government which is increasingly aggressive as voters scream outrage at the plundering of their property. It is an ugly scene. It is causing fear and trepidation, loss of confidence in the commercial and monetary systems—precisely what our enemies want.

3. We have seen an uptick in state-sponsored cyber incidents in recent years in both the private and public arenas. How do should we be dealing with this problem?

I think that we are doing all we can. The Obama Administration has been aggressive in pushing the business and public sectors to get on top of the daily variations of attack mechanisms.  This is a case, in my view where more and more is better.  It is also a question of Science and we have the best and brightest at work. Unfortunately, I suspect that working in the Labs are agents of foreign governments stealing our innovations. We are educating some of them. We cannot do anything about that as an open and somewhat free society.  In our book, I have placed an appendix of the programs launched by the Obama Administration to get industry and government sharing data and innovations.  We just need to innovate faster and better—and we will.

4. Do you see this more as an attempt to acquire our IP or as a search for information to exploit people for the benefit of foreign governments?

We have been stealing secrets and exploiting agents in Russia and China and elsewhere for decades.  They are doing it to us.  They feel morally justified in engaging in theft and it also happens to be profitable. We simply do not have enough FBI agents or enough bold CIA officers to compete with what the Russians and Chinese are doing to us.  We are swamped. Think about the numbers of Chinese and Russian students, etc. in the USA. These are highly disciplined people and it takes an army of FBI agents to track them down. Moreover, we have the Snowdens of our own country to deal with.  So we are in a State of undeclared War and we do not have the resources to do anything but pick at it. President Obama's "agreement" with the Chinese to lay down cyber weapons was a plea for mercy. The Chinese and Russians want every discovery and innovation we have. And, in addition, they want anything they can steal to exploit intelligence officers, cover companies, etc.

5. Given the recent controversy about Hilary Clinton's private server, how serious is that breach from a legal perspective and a national security perspective?

It is huge.  Given what I have said above, the Chinese, Russians, Iranians, Cubans, WIKI LEAKS, must be feasting on the juicy info in those emails. Being occasionally cynical and having litigated with her (American Physicians vs. Clinton), I wonder whether this excuse covers an intentional act. Did she leave the Safe Open on purpose? None of us will probably have the evidence unless the next Administration launches a full inquiry. But who knows what was in the emails?  For example, does she opine where President Obama was on the night of Benghazi when he disappeared and could not be reached? From both a legal perspective and a national security perspective, this is a huge case. If you or I or anyone else in the government had done this, we would be ( or should be ) lawyered up, wearing the Fifth Amendment.

6. With the U.S. government's foray into cyber war like the Stuxnet virus that took down centrifuges in Iran, have we opened Pandora's box?

It was already opened.  This has been going on a long time between governments, but it has been at a low level. The attacks on USA companies and government are just opening salvos and a type of "grey mail".  Unless we devise a different, more aggressive approach, we are in for lots of pain. But maybe we will innovate out of the mess. We developed Stealth technology and lots of other miracles—we need another big one.

7. How does this end? Are there parallels to be drawn to America's entrance into WWII (are we being drawn into this by hostile acts) or to the space race (are we competing and trying to develop a competitive advantage)?

I am not nearly smart or experienced enough to suggest "an end."  My guess is that we continue to spar. Unless a nutcase like North Korea sparks a nuclear war that we are not prepared for.  A destroyed USA destroys the world economy.  Without WalMart, China is toast.  Our global economy is so interdependent, an economic flu in a major country might bring a heart attack somewhere else.  But our beloved America is right up against a wall. Massive debt, huge unemployment, social upheaval--- we all know the parameters are ugly and getting massively uglier by the day.  We have abandoned the manned "space race".  We now have to ride on Russian rockets at whatever price they want to charge. Obama closed the Moon project and China is about to launch a massive program to land on and mine the Moon for Helium 3 and other important minerals. The European Space Agency and the Russians have just announced a joint extensive Moon Base project. We have no similar program. There is no definitive Moon Treaty. We will de-orbit the space station probably by 2021.  We gave the manned space program to friends of President Obama—SpaceX—and the first launch exploded—costing millions of lost precious tax dollars. It is another fine mess. And it will take 20 years (if we start today) to straighten it out.

Republican Wins in State Supreme Courts Will Be Crucial This November

State supreme court elections often fall under the radar, but issues like redistricting and the overturning of Roe v. Wade are raising their profile as we approach the 2022 midterm...