Regardless of where you fall -- long-time supporter, never-Trumper, establishment Republican, fair-minded Independent, or someone who believes judges should not make law -- all can agree President Trump has done a great job appointing judges who respect the rule of law.

On Wednesday, November 6, the President spoke on his judicial accomplishments and I was honored to be invited to the East Room as RNLA’s representative for the ceremony celebrating President Trump’s successes. 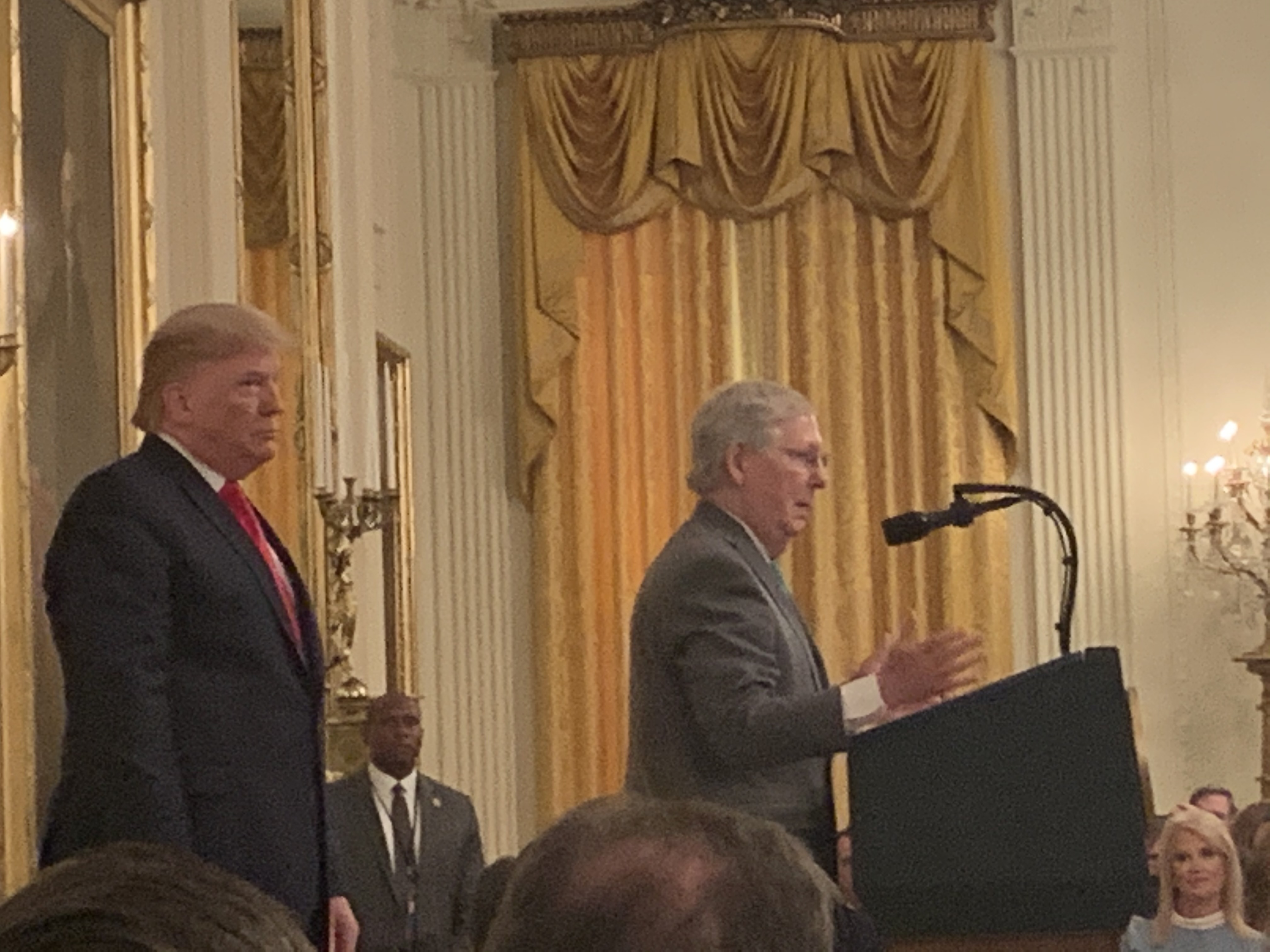 First, it is important to note the President was thanking the entire room for supporting his nominees. He invited Senators McConnell, Grassley, and Graham up to speak. Senate Majority Leader Mitch McConnell stated:

What’s the most important thing? Clearly, it was the Supreme Court. You had been helped enormously by a decision that I made — and these guys will back me up — not to let President Obama fill that Scalia vacancy on the way out the door. (Applause.)

And, boy, you didn’t blow it. Neil Gorsuch is an all-star, isn’t he? (Applause.) And the President alluded to that “easy” confirmation we had with Brett Kavanaugh. You made a great choice, Mr. President. And it’s not just that. The circuit courts, where 99 percent of litigation stops, are full of bright, young men and women who believe in the quaint notion that maybe the job of a judge is to follow the law. 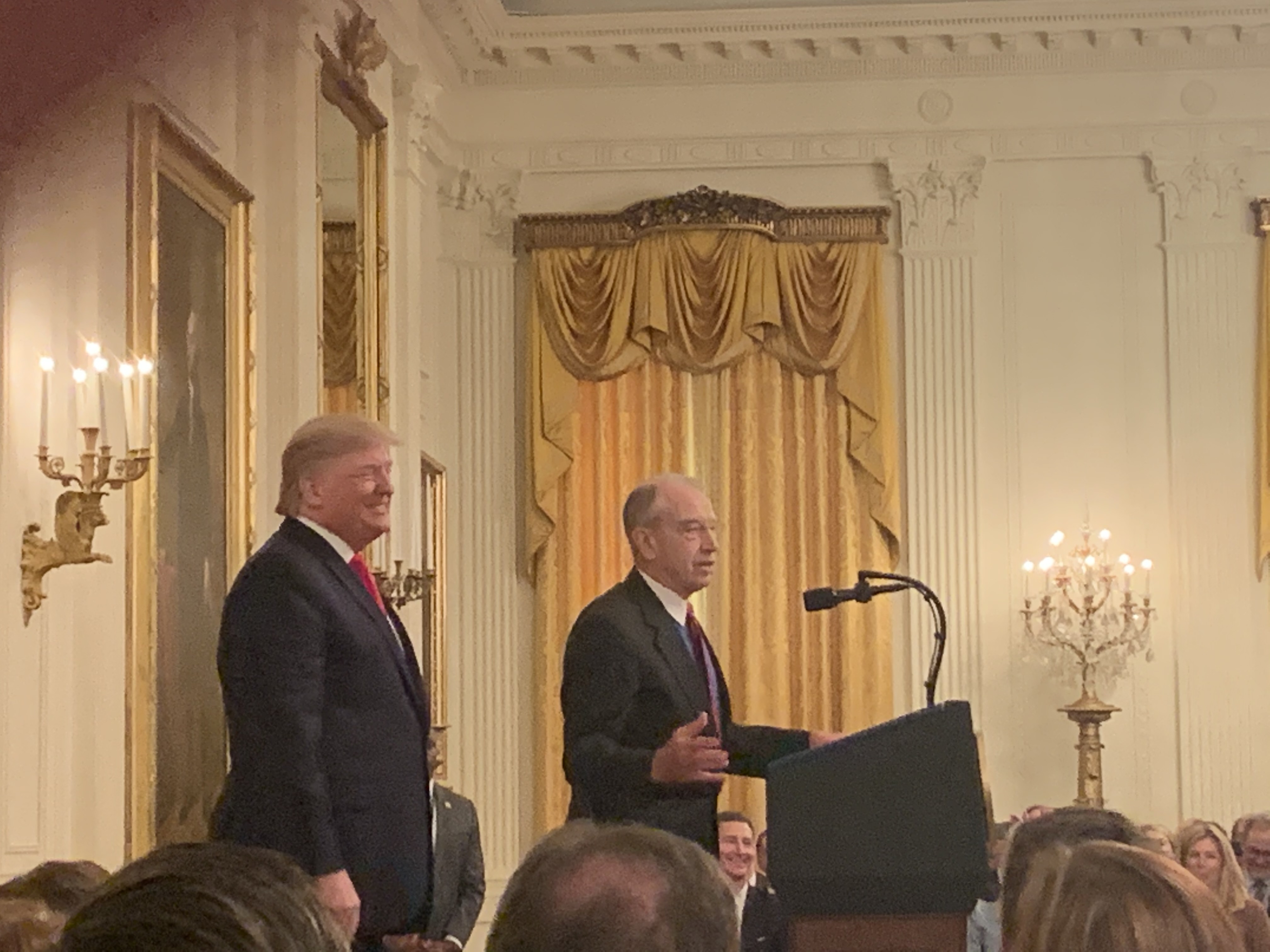 You ran on a platform that no other President has run on, to tell the type of people that you were going to put on the Supreme Court. And name 20 or 25 people, and that list is still out there, and it’s made up of just the kind of people that Mitch McConnell has talked about, you’ve talked about — people that are constitutionalists.

And you kept your word. And 20 percent of the people voted for you based on the proposition of the kind of people you were going to put on the Supreme Court.

So, a lot of candidates for any office run on a platform but they don’t stand on that platform. And I think what’s important about not only the judges that you have appointed — along the lines of what you promised the people you were going to appoint — but also a lot of other issues that you stand for.

But one thing I want to say about President Trump: The defining moment of your presidency, for me, was the Kavanaugh hearing. This room would be empty if we had failed Brett Kavanaugh. Brett Kavanaugh lived a life we should all be proud of. He worked hard. And the way he was treated was the worst experience I’ve had in politics. A lot of people would have pulled the plug on him. Mr. President, thank you for not pulling the plug on Brett Kavanaugh. (Applause.)

President Trump delivered. As he remarked:

From the beginning of my campaign, I promised to appoint judges who will adhere to the true and original meaning of our Constitution.  This afternoon, that promise was made and that promise was kept, and I think many times over.

As of November 7 President Trump has appointed one-fourth of federal circuit court judges. A huge accomplishment. But the fight is not over and RNLA will be there to keep working on confirming President Trump’s outstanding judicial nominees. As President Trump said:

Now, one out of every four circuit judges currently on the bench was appointed by this administration. And that number has now exceeded that by quite a bit. No President in history has confirmed as many Circuit Court judges even close — not even close — in such a short period of time. The average age of my newly appointed Circuit Court judges is less than 50. They’re young, smart. That’s 10 years younger than President Obama’s nominees.

The pace of appointments is only accelerating. It’s going very quickly.

RNLA will be there for that fight. Thank you to RNLA Vice Presidents of Judicial Affairs Eric Lycan (former) and Reb Brownell. Also thank you to all RNLA members who have signed letters, written letters to the editor, appeared on TV, etc. to fight for President Trump’s judicial nominees. It has been great for the President, the party, and most importantly the country.