The Left spent four years complaining about the rate that the Trump Administration was filling federal judicial vacancies and attempting to paint nominees as outside of the mainstream. However, a project tracking judicial nominations from The Heritage Foundation illustrates that President Biden has made significantly more appointments than President Trump did at this point in his administration, and the nominees themselves are more controversial.

Check out the updated Judicial Appointment Tracker, with current and comparative data for 7 features of the appointment process. Pres Biden has appointed 74% more judges than Pres Trump at this point, but they are more than twice as controversial. https://t.co/yLA8GOxJpV 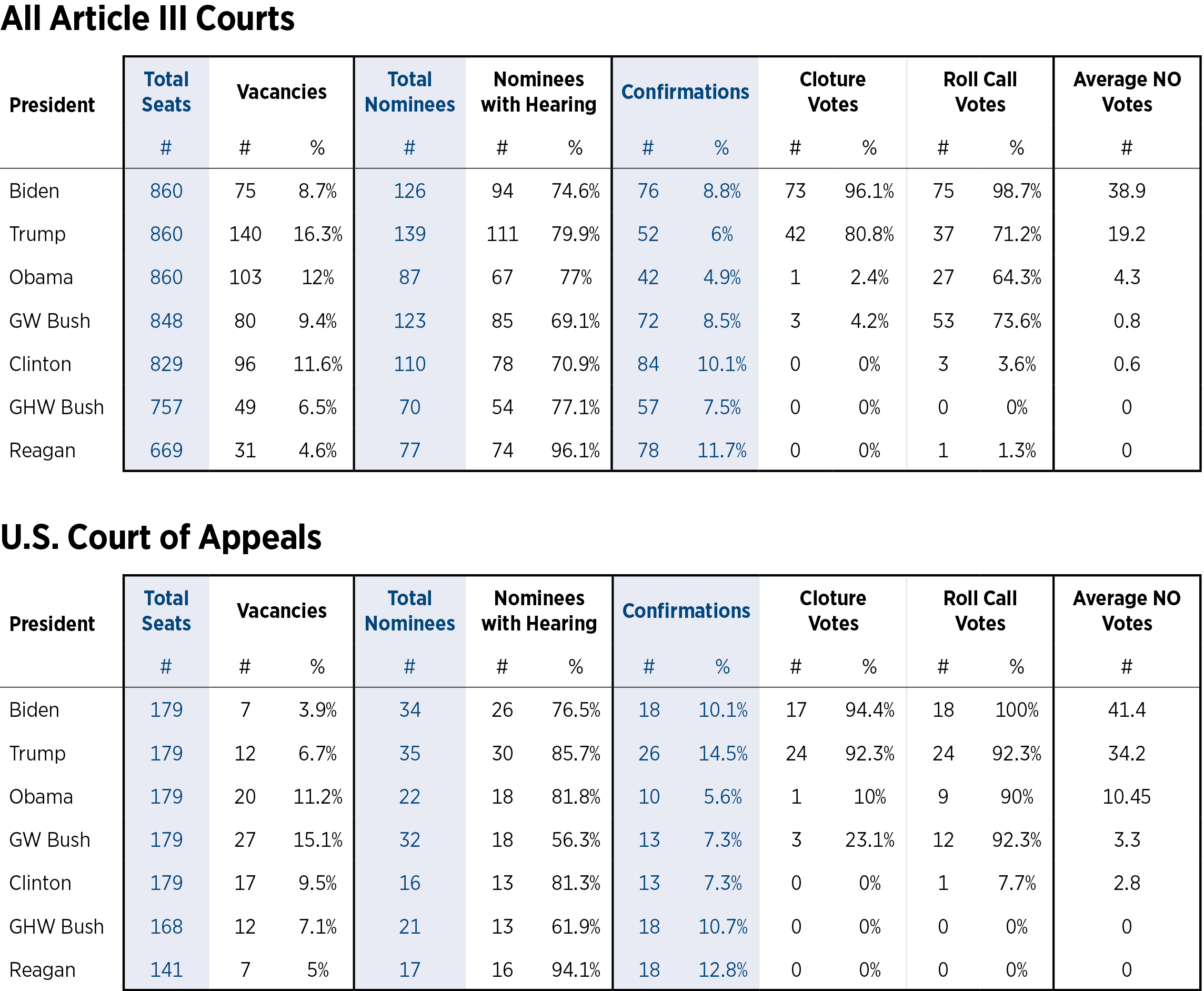 Tables produced by The Heritage Foundation.

The average number of "no" votes isn't the only indicator of how radical Biden judicial nominees are. Many of his nominations have required a discharge petition to overcome a tie vote in the Judiciary Committee and be voted on by the full Senate including the nomination of Supreme Court Justice Kentanji Brown Jackson.

And some nominees like Nancy Abudu are so radical that the Democrats have been slow to file such petitions. Abudu's nomination to the Eleventh Circuit Court of Appeals hasn't been moved on since it failed to receive a favorable report by the Judiciary Committee in May. As RNLA wrote in its letter opposing Abudu's nomination: "Ms. Abudu has shown that she is not capable of impartiality and that her radical views are outside even the progressive mainstream."

Judicial nominations will undoubtedly be one of the lasting impacts of the Biden Administration, as it has been for the presidency of Donald Trump. Yet, instead of judges that respect the rule of law, Biden’s controversial nominees will surely present problems in decades to come.
federal judiciary judicial nominations Biden Administration Nancy Abudu Biden Judicial Nominees

Every year, the Ronald Reagan Legacy Project aims to have every governor...