President George H.W. Bush will be greatly missed, not only by his family and those who knew him best, but by the whole country and world. President Bush proudly and honorably served his country, beginning by his heroic service in the United State Navy following the attacks on Pearl Harbor and then eventually as the youngest aviator (at that time) in the United State Navy. President  Bush became involved in politics by running for office and being appointed to several distinguishing positions throughout Republican committees and administrations. His last and most distinguishing political title came in 1988 when he was elected to serve as President of the United States, being the first incumbent vice president in 152 years to do so. Additionally, President Bush is part of only two father-son pairs in United States history to serve as Presidents.

Several RNLA leaders have fond memories of former President Bush and recount their memories with great sadness and appreciation for his service to the United States and to the world.

President Bush was both a good and great man. His humility and dedication to service was almost unparalleled in our modern age. A true patriot who volunteered for the Navy at age 18 to become our youngest aviator to a career of service that culminated as our 41st president. In "retirement," he continued to inspire us all by jumping out of airplanes and even shaving his head in solidarity with a young boy battling leukemia. He will be greatly missed.

J.C. Boggs, current Board of Governors member former President of the RNLA, provided the picture below with this caption:

President and Mrs. Bush at final White House Christmas in 1992. Of a thousand points of light in a broad and peaceful sky, President Bush was our lodestar. He made a different in the lives of so many. Thank You! 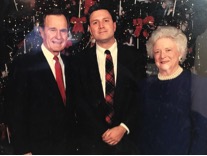 George H. W. Bush was always a model of grace and service— grace to his fellow man and service to country. His warmth and humanity showed through in all the many ways he served our republic; as Congressman, as chair of the RNC, as director of the CIA, as ambassador to China and as Vice President, President and former President. 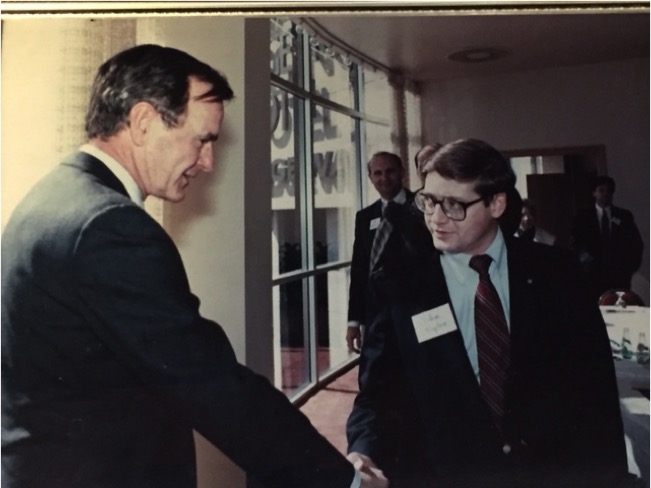 Harvey Tettlebaum, current Board of Governors member and former RNLA President, recalled meeting him on the campaign trail in 1992 (pictured with President Bush at the Columbia, Missouri, airport):

I remember the graciousness and remarkable character of President Bush. When we met that day in August 1992, he was in the middle of the campaign, but he took time to talk to each of us. He was a statesman who became President. He was a modest man with the highest values. 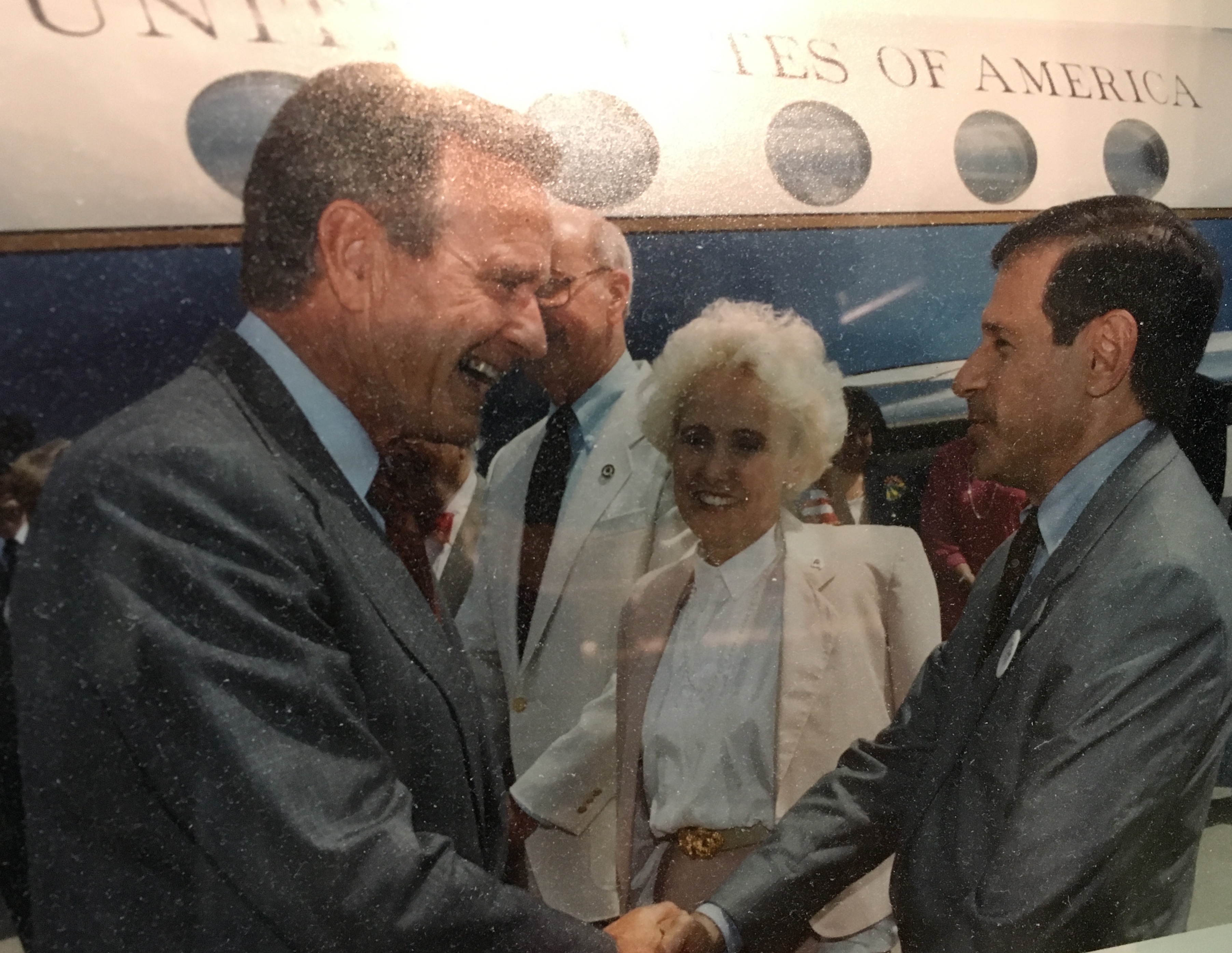 Richard Wiley, current Board of Governors member and former Chair of the RNLA, spoke fondly of the former President, by stating:

George H. W. Bush was a truly wonderful man, highly principled and remarkably caring for others and for the country he loved and served so well.

President George H.W. Bush will lie in state until Wednesday morning, public are welcome to pay their respects in the U.S. Capitol or watch a live stream of the all the services here.