RNLA leaders from past and present share their thoughts and memories in advance of RNLA Founding Chair Bob Horn's funeral.

Please join his family and friends to celebrate his remarkable life and then join the family immediately after for a reception at DBGB at 931 H St., NW, which is a short 5-minute walk from the service.   In lieu of flowers, Bob would be pleased if you would consider donating to the United States Holocaust Memorial Museum  or the RNLA's Bob Horn Fund for Law Students.

"Robert Horn was known as a leading light in the Republican legal community for decades. As the Founding Chairman of the RNLA, Bob was a tireless advocate for election integrity and the fight for a conservative judiciary. I also want to recognize Bob for his work on behalf of the RNC over the years, particularly his service as parliamentarian and counsel during several national conventions. We will greatly miss Bob but will remember with fondness his many contributions to the Republican Party.” 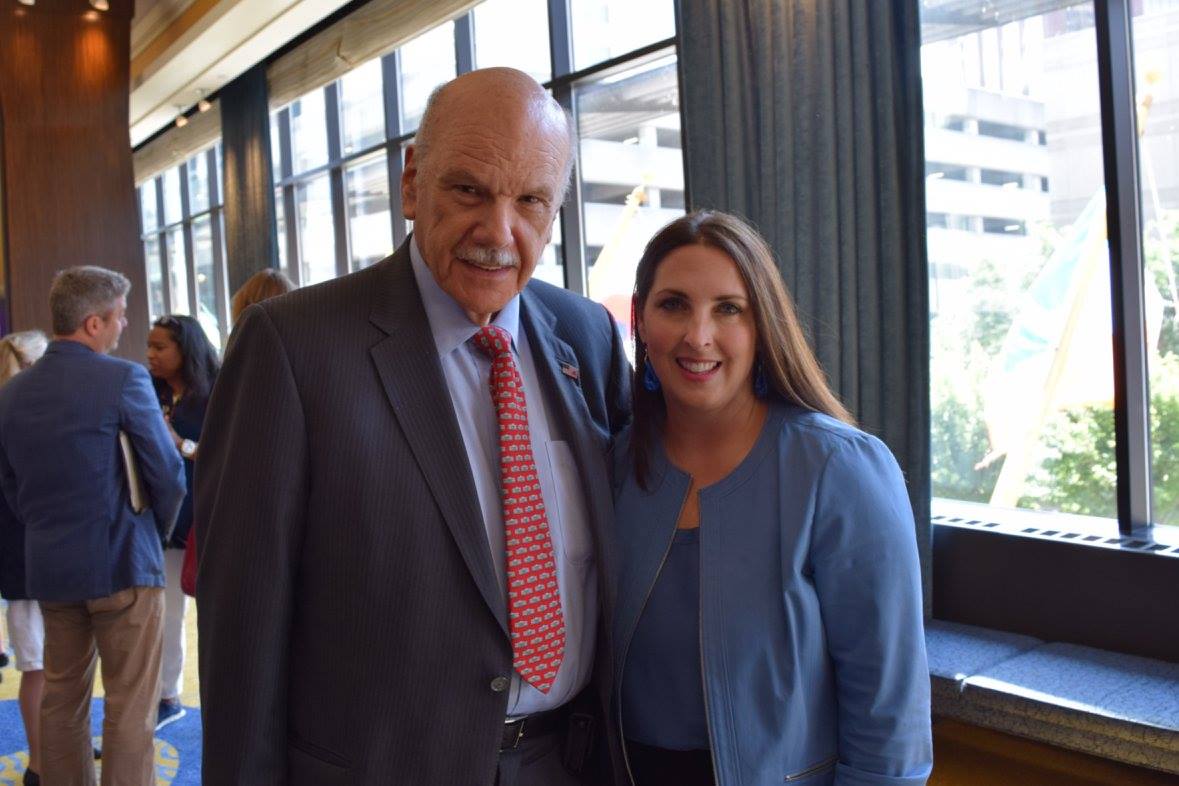 “Bob Horn was a stateman, a mensch, my partner and a good friend. His contributions to our country, the National Holocaust Museum, the Republican National Lawyers Association and most important to his lovely family are remarkable. His vision and dedication helped Presidents, public servants of all stripes and the country to which his parents emigrated and which he loved. His legacy will live on through his work, his wife Marian, whom he so dearly loved and respected, and his three lovely daughters and their children whom he adored. May his memory be a blessing to all of them.” 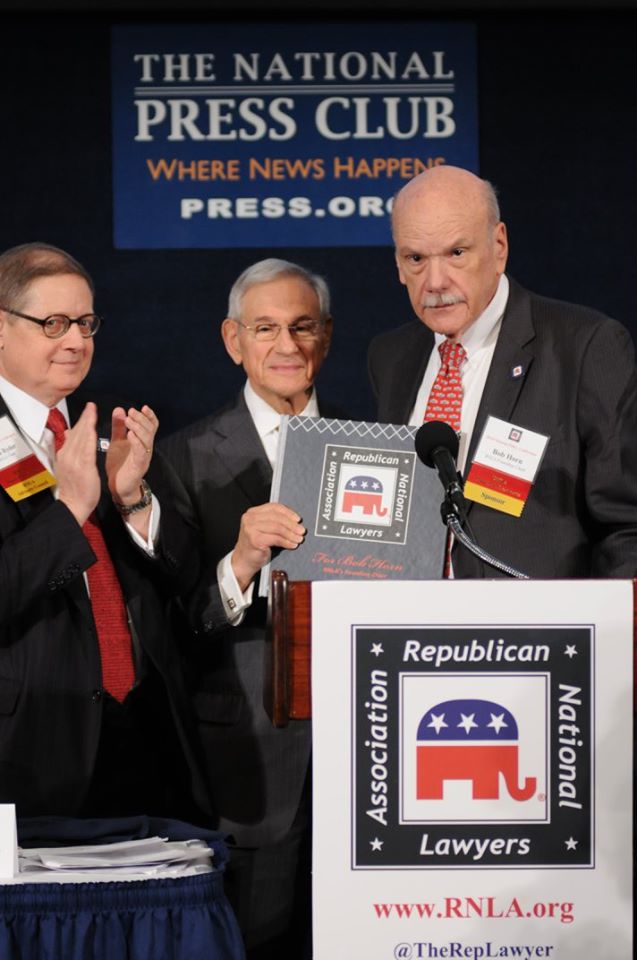 Bob with RNLA Chair John Ryder and Harvey Tettlebaum in 2018 being honored at our National Policy Conference.

Bob Horn always will be remembered for his vision in founding the Republican National Lawyers Association (RNLA), which now is a remarkable organization of more than 5,000 lawyers across the United States.

As Ronald Reagan said: ‘The greatest leader is not necessarily the one who does the greatest things. He is the one that gets the people to do the greatest things.’ Because of Bob’s leadership, RNLA lawyers will forever be able to come together as a force to advance professionalism and Republican ideals.

On a personal note, Bob was a dear mentor and friend. From the moment we first met when I was a young professional beginning my career in Washington to throughout my tenure as the first woman chair of RNLA at the start of the Trump Administration to—in true Horn style—just a few days ago, Bob was ever-present with interest, kindness, encouragement, support, and a plethora of ideas and thoughtful suggestions. He always was a man on a mission for causes both big and small and relished in being a ’problem solver extraordinaire’! 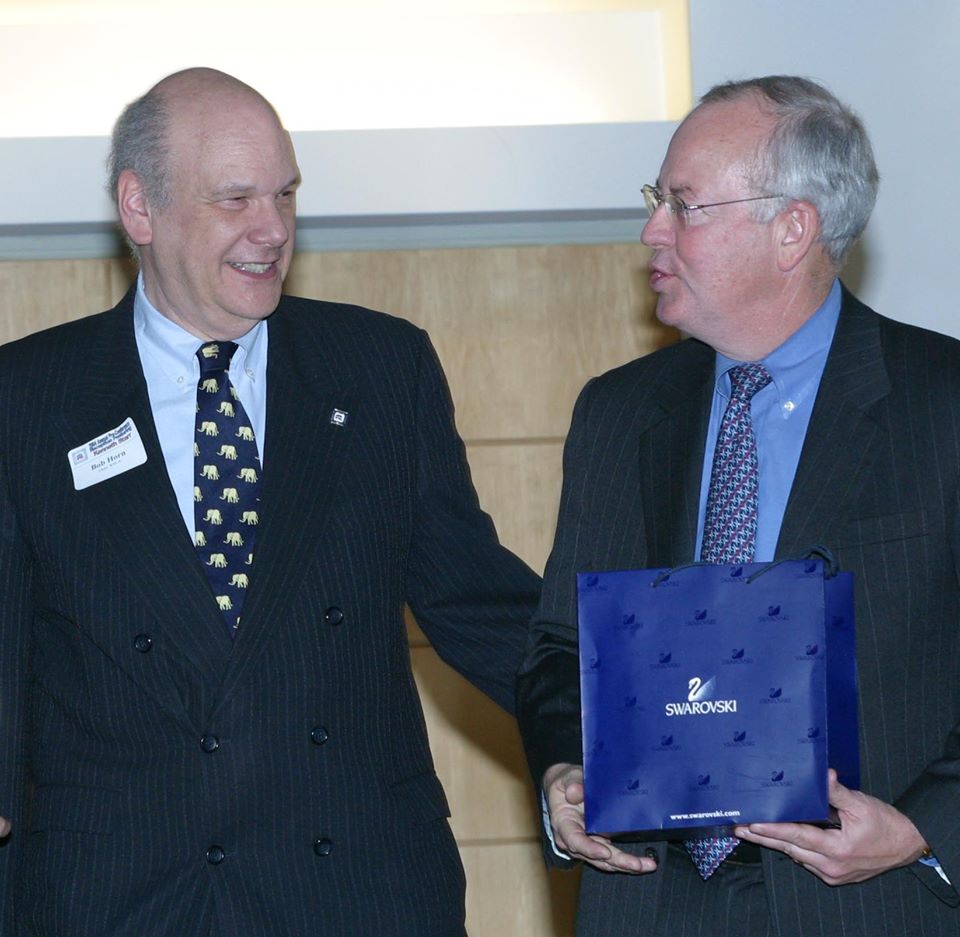 In an age when political people have little focus and chase temporary and self-serving objectives, Bob Horn stood out.  He understood an intractable legal and political problem, dedicated a career-long effort to address it and helped permanently upgrade the honesty and integrity with which elections are conducted and defended.  He did not do this by winning a few highly noted cases or devising regulatory schemes.  Instead, he founded and consistently promoted the nation’s principal political organization and bar association of attorneys seeking to master and advance election integrity.  In the process, he gathered to his side similarly minded individuals to the point where over 3,000 lawyers have attended election lawyering training, represented political entities and defended the right of voters to cast and have counted their ballots free of interference.  The conduct of elections in the United States was forever improved as a result.  As a long time friend, I will terribly miss the encouragement, lifted spirits and sage advice he provided in such huge quantities. 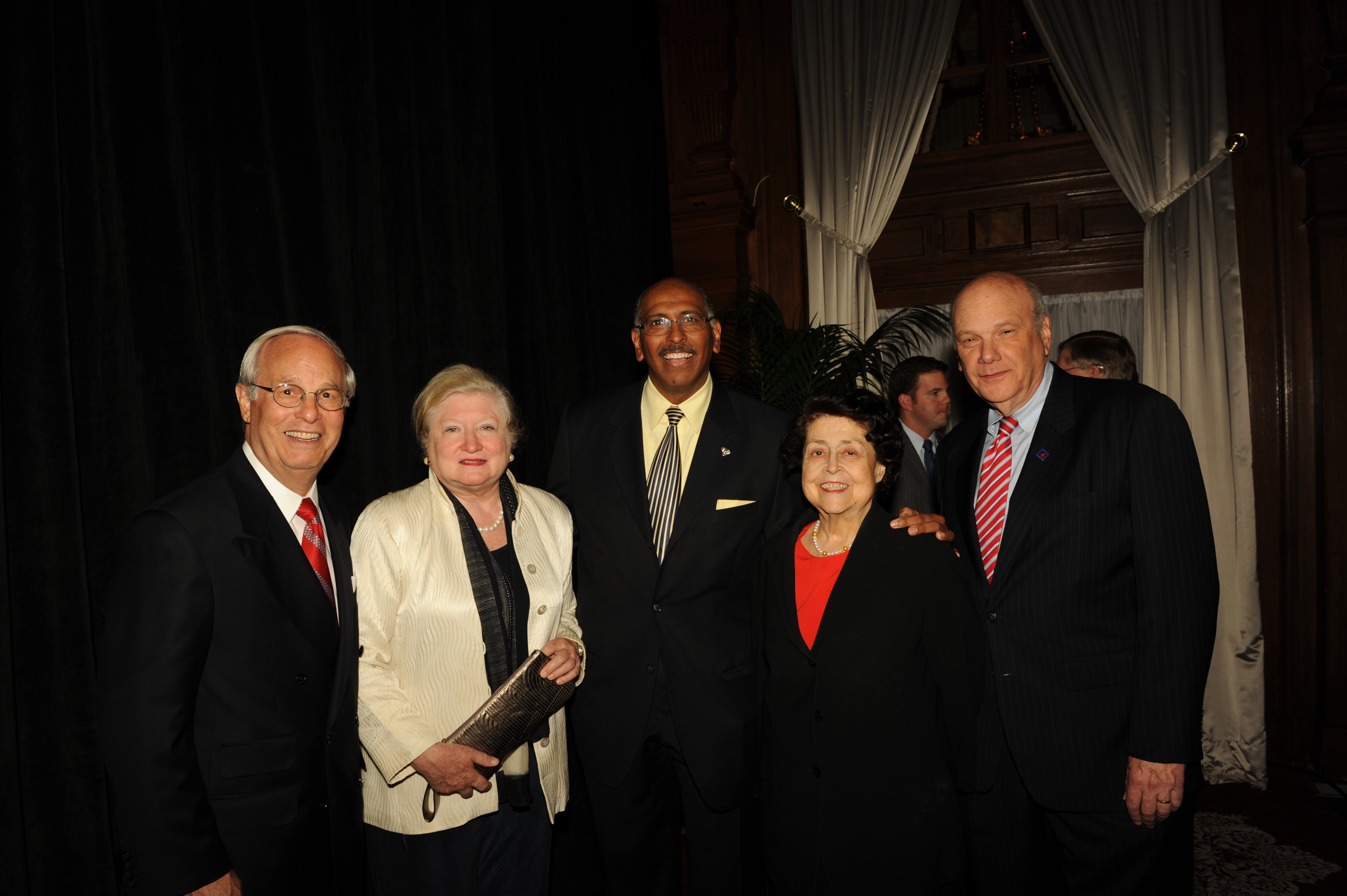 "There is no question that Bob Horn was the heart and soul of the RNLA. His founding of the organization was but the beginning of his extraordinary contribution and leadership. He remained, long after he left office, a source of leadership and ideas. He was always available to discuss current issues and problems and to provide the benefit of his unique historical perspective. To say that he will be missed would be an understatement. I some ways, however, he will not be missed; he will remain an inspiration for all future leaders of our organization." 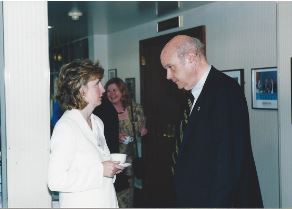 "Bob horn was a giant among American lawyers and devoted his life to ensure that elections in America are fair. He also made it his business to ensure that women were advanced in the profession. He was a kind and wonderful man who I will miss the rest of the days of my life." 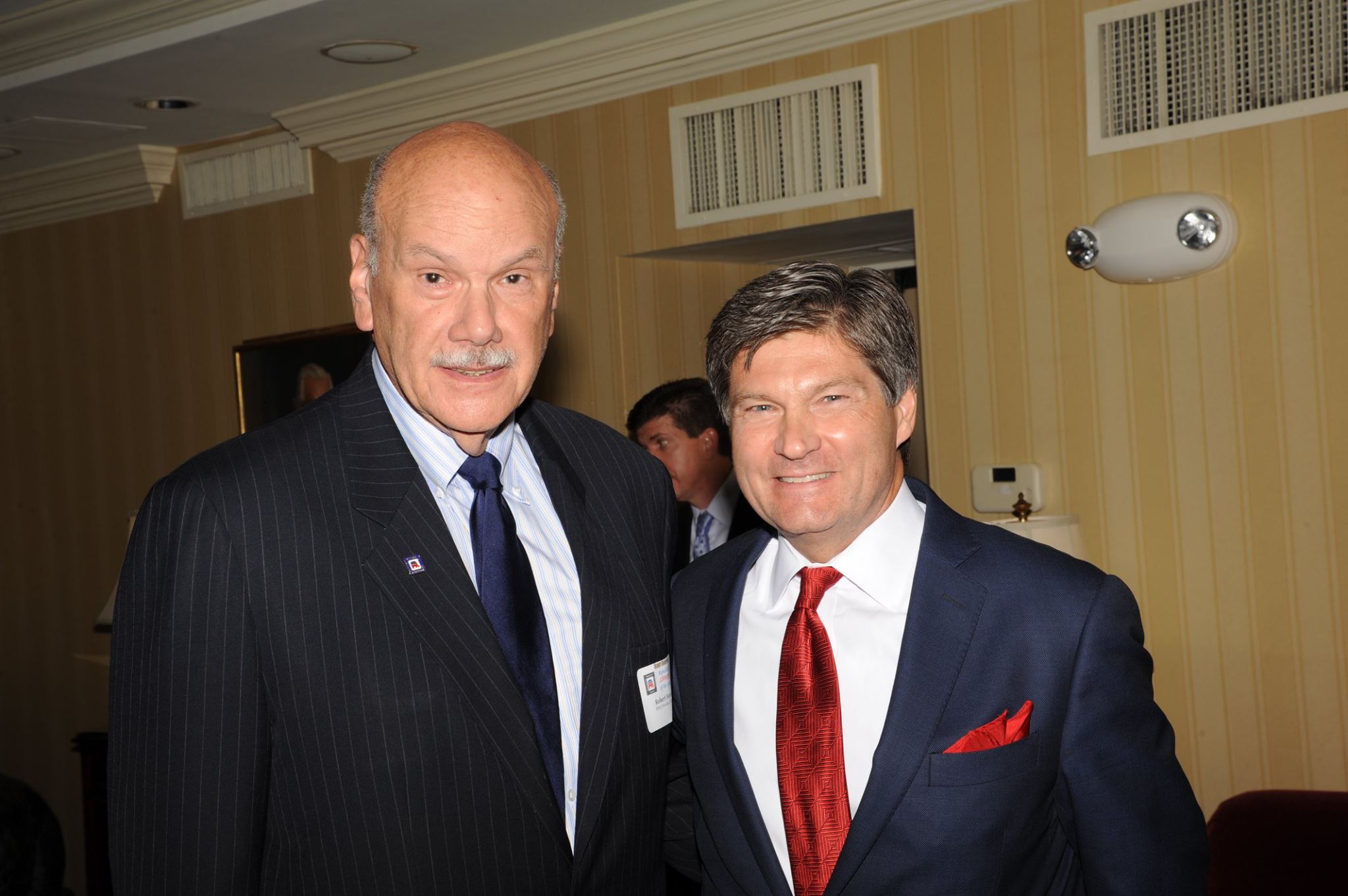 Bob Horn with 2015 Lawyer of the Year Bobby Burchfield 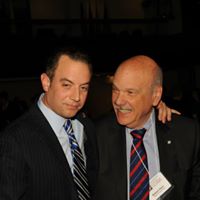 I am terribly saddened by Bob’s passing.   Only a few days before, I was catching Mardi Gras beads and doubloons on St. Charles Avenue here in New Orleans to take to him in April, as I had promised.    We had spoken a few days earlier and, as was characteristic when I checked in with Bob, he did not want to talk about how he was doing.  Except perhaps to say, “So so” or “I had a tough time yesterday,” he wanted to hear about what I was doing.   He was so enthusiastic about Kathie and me being here to enjoy Mardi Gras – “that is just so neat” – I will forever remember his innate selflessness during a time of great personal trial.

Bob was an important part of my life for many years when I was an officer and president of the Republican National Lawyer’s Association.  We had such a lot of meaningful fun, planning events, campaigning, engaging in important Election Day activities and, yes, overseeing the counting of chads in Florida.   I can see him now, his large frame sitting on the floor in Broward County after a long day before the Canvassing Board.

Bob could be full of bluster and would never stop telling me what to do and how to do it.   But behind a sometimes brusque persona was a kind and caring man.   He was terribly proud of his daughters, Carrie, Julie and Rebecca, about whom he spoke often.   When we kept planning lunch but were forced to cancel because his treatments would interfere, he asked me to reach out to Marian for lunch, he was concerned about her, because his long illness had to be a terrible burden on her.  And knowing I was a devout Catholic, he was so pleased to tell me all about the book he was reading on the prophets and Jesus Christ – “Really fascinating, Peter”

I thank Bob for his tutelage, will remember him fondly and pray for the repose of his soul. 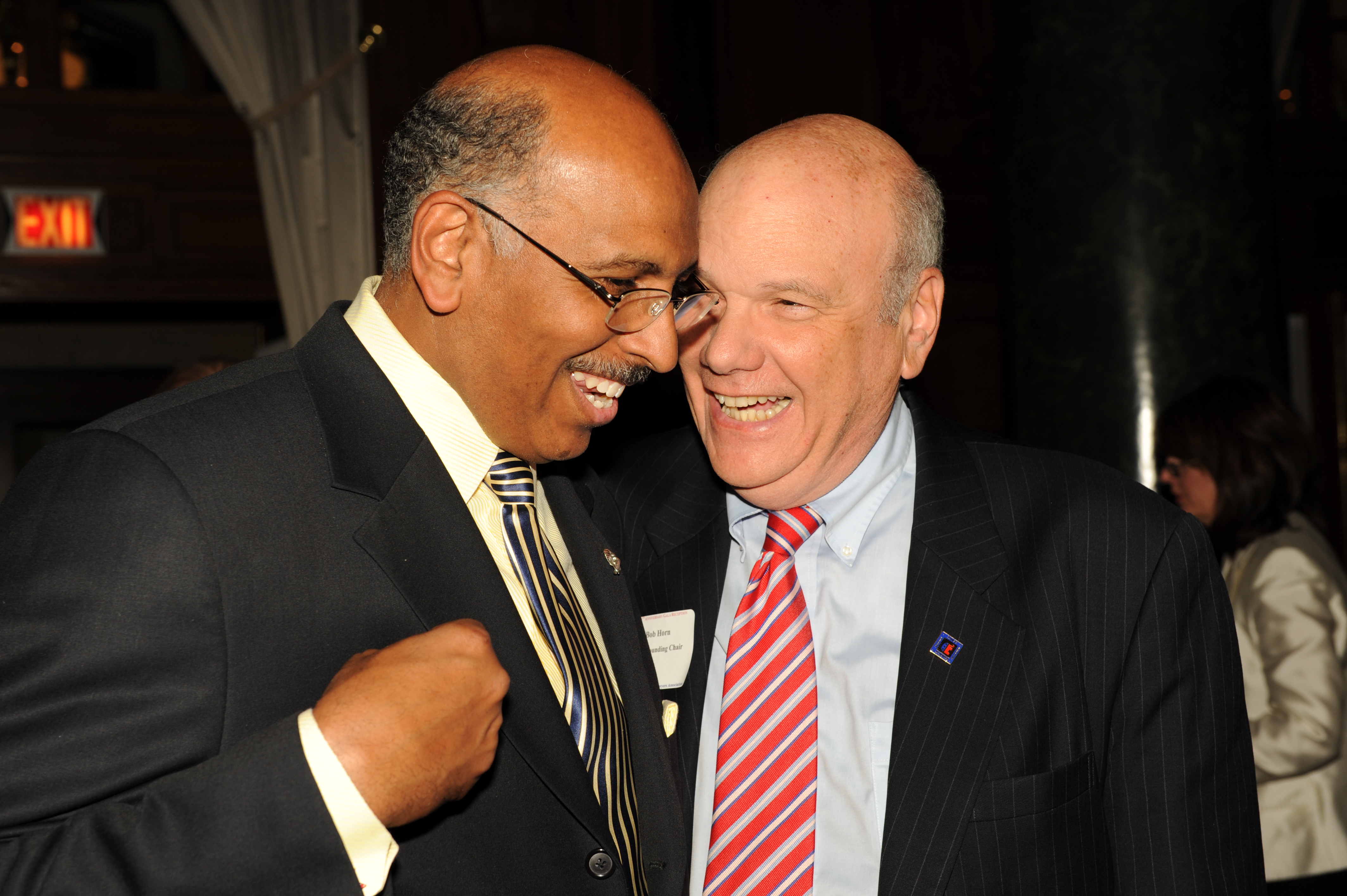 For so many years, Bob Horn was the heart and soul of the Republican National Lawyers Association. He brought so many of us into the association, inspired us with his passion, educated us with his brilliant strategies, and encouraged us always to reach our individual and collective goals. Indeed, Bob really was Mr. RNLA, and it will be difficult not to have him by our side and guiding us in the future.

I  know that all of my colleagues join me in expressing our heartfelt condolences to the entire Horn family on Bob’s passing. He will be greatly missed by us but also long remembered. 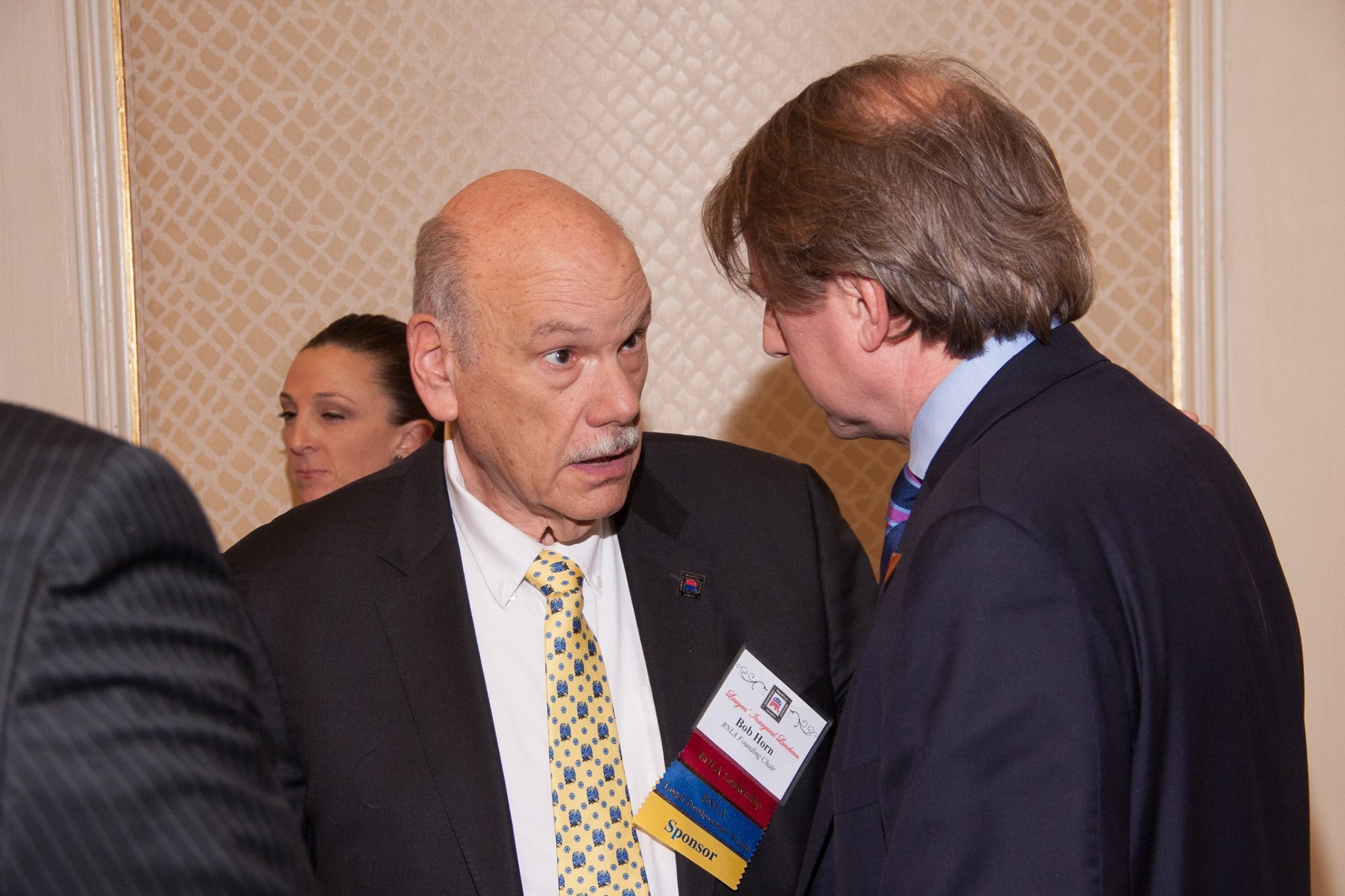 Bob Horn was more than the co-founder and longtime Chairman of the Republican National Lawyers Association. He was our patron saint. At RNLA’s conferences, events and board meetings, Bob always gently reminded us of RNLA’s mission to promote open and fair elections, the rule of law, and professionalism in the practice of law — and he always made clear and unashamedly that these are core Republican ideals. Bob lived the mission he fashioned as well, and mentored so many of us during four decades of election seasons. I first met Bob in 1984, when he visited the Golden State with Judith Hope Richards, leading the Lawyers for Reagan Bush. It was his inspiration to build a movement devoted to the mission and its foundational elements that grew and thrived and exists today as the preeminent Republican lawyers association. Bob always exhibited the quiet pride of a founder and mentor in his gracious tributes to others at all occasions and his promotion of the award named for his legendary co-founder Betty Murphy and for the recipients of the Betty Murphy Award, as so many of the tributes of former RNLA leaders and friends attest. We will miss the man, but will remember him through his legacy. 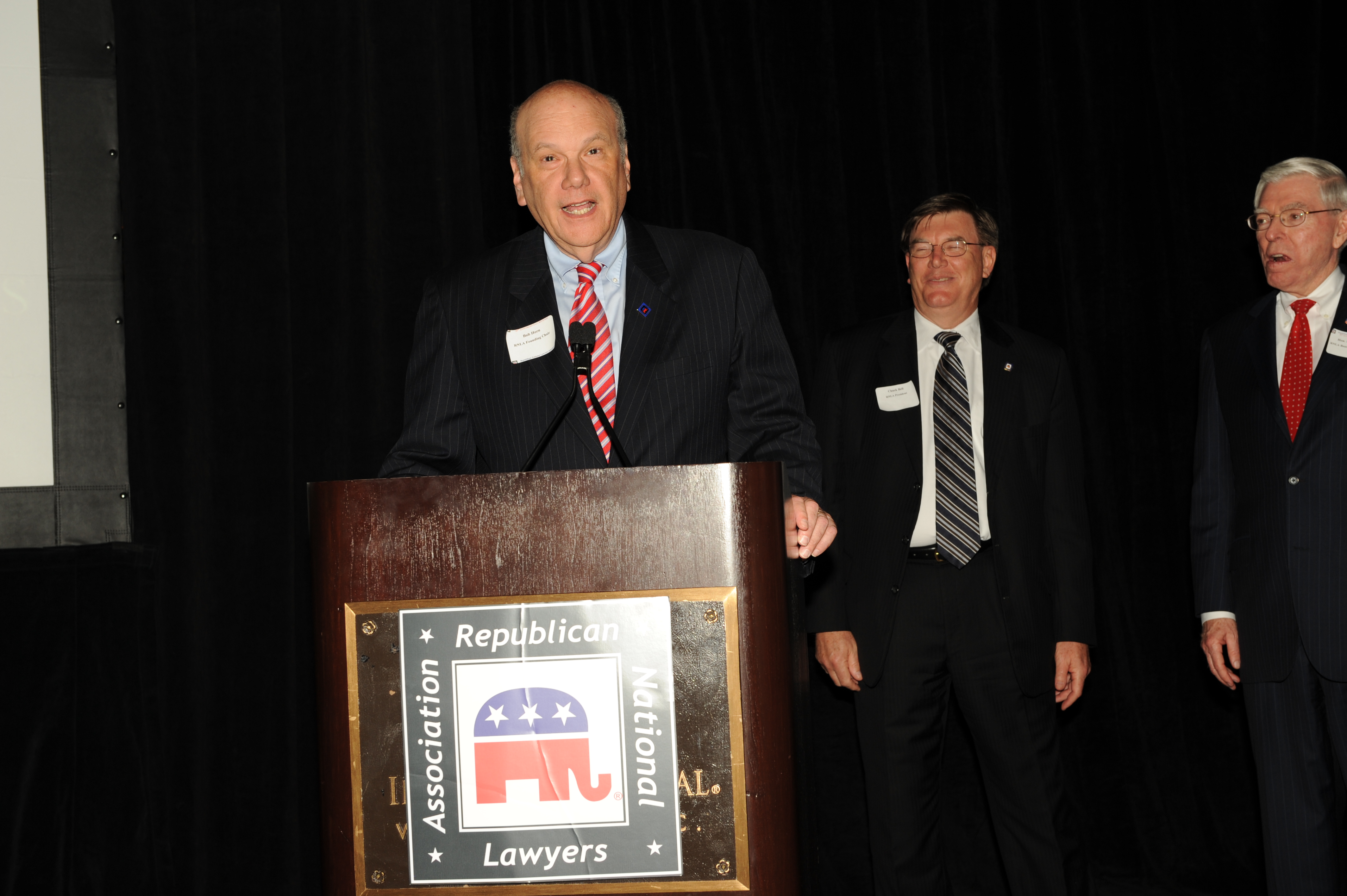 Bob Horn founded the RNLA in 1985 with the blessing of Attorney General Ed Meese and RNC Chairman Frank Fahrenkopf,. It was founded in part to continue the 1984 presidential election’s “Lawyers for Reagan-Bush” effort for which Bob served as Executive Director.  Bob led RNLA as chair until 2006 but never left the organization.  At our last Board meeting Bob was an active voice and fundraising for the Horn Fund.

I will forever be in debt to Bob for hiring me in 2000.  Across the country, I am always running into people asking about Bob and whose lives Bob touched.  He was not only a leader and source of wisdom, but a steadfast supporter of both the organization and me.   Bob will be missed but never replaced.

SCOTUS to EPA: You Are Not Above the Law

In perhaps the most significant check on agency power in recent history, the U.S. Supreme Court handed down a 6-3 opinion today in West Virginia v. Environmental Protection Agency,...